Posted on August 5, 2016 by garygunderson 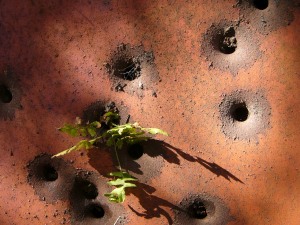 Sprouts find their way through the bullet holes in an old refrigerator in North Georgia. Maybe life can sprout after an election, too.

Ninety or so days from now our body politic will be on the other side of the most dangerous passage since the Civil War. (Here’s an exact countdown.) I think that Mr. Trump will have found a way to abandon the process between now and then (he’ll think of it as firing democracy). I’m not interested in what he’ll do on November 9th, but very interested in everyone else in a position of public responsibility and how we play our roles in a bruised and disoriented body politic. Every elected official in every county and town, every public officer responsible for public health or law enforcement, all of us with public roles in key institutions such as hospitals, major companies, press and religious leadership face the question: how do we do public work in a broken public body?

Our social and political body will walk with a limp. We’ll have a split mind with both sides almost incomprehensible to the other; like symbiotic twins of different species unable to find any words or gestures that are not interpreted as hostile. Forty percent of our fellow-citizens resonate to Mr Trump’s views, even if they might hope for better manners. But the intransigence could continue for a long time.

This is why we need to shift our attention from the battle, to how we live together afterward. Nobody has a bigger stake in this—or is in a better position to do something useful—than those of us working health, prevention, public health, healthcare systems. In gross financial terms, we are more than a trillion dollars of the economy, with millions of people working as nurses, janitors, researchers, doctors and the whole panoply of roles across our thousands of institutions. Those of us in faithhealth are even more relevant, because we live across so many boundaries of both faith and health.

Kathryn’s sketch of the many channels the Mississippi cut over time, always finding a way.

There is hardly any more possible diversity of faith and politics than inside one of our institutions, so we don’t have to go looking for someone who doesn’t agree with us. The nature of our work puts us in the midst of the most profound moments of hope (birth!) and shock and lament and sorrow on the human journey. We don’t just see the traumas. We can see many of them simmering in grinding poverty and the brokenness that passes from one generation to the next, the predictable implications of the insults of race, class and stigma.

As health organizations, we find ourselves right in the middle of the most contentious public policy issues. All of the third-rail issues run right through our buildings. We care for the undocumented immigrants (of course, we do) and the beaten up women, and the veterans with all the wounds that you can’t see. We know the eyes of those who can hardly recognize themselves because of addictions and dependencies. We know those surprised by vulnerabilities of age and the disconnections of the 21st century family. Those of us in public health know the streets where all these patterns live and we ache with the knowledge of how much of the suffering could be prevented or buffered. 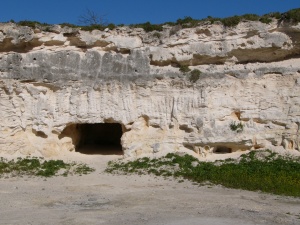 Sprouts find their way through the bullet holes in an old refrigerator in North Georgia. Maybe life can sprout after an election, too.

Gene Matthews, now faculty at UNC School of Public Health, spent many years as the General Counsel for the Centers for Disease Control, many of them working for Dr. Bill Foege. I also worked for Bill at The Carter Center, so when I came to North Carolina a few years Gene reached out to me. Gene introduced me to the writing of Jonathan Haidt and his recent book The Righteous Mind, which turns on very bright lights on the way to much healthier public dialogue about the things that matter most. Haidt, a professor of moral psychology, says there are six “moral intuitions” that function like taste buds for all people. Liberals (my people) tend to have a taste for caring and fairness (meaning equality) which we prefer with a touch of liberty. Conservative have a broader pallet, which includes caring and fairness (to the surprise of we liberals). Conservative have an equal taste for the virtues of liberty and also loyalty, respect for authority and “sanctity.” This last one is not just religiosity, but a sense that some things are sacred and deserve protection. Haidt argues that conservatives—and conservative political movements—have an advantage in that they can appeal to all six, while liberals aren’t even trying on three of them. This was true at least until the Democratic convention last week with all the flags, religious singing and Mr. Khan whipping out his pocket copy of the Constitution.

It’s not a perfect book. Haidt wanders off the rails in his description of religion as a kind of social Elmer’s Glue. As much as he values sanctity, he left the whole field of faith somewhat less than sacred. And he takes some odd detours to pick an argument with Kant. You can skip those parts. But don’t skip his core gift to us, which is a hugely helpful framework that helps us see and talk across our otherwise impossible divide.

Haidt argues that we humans are prewired for righteousness so deeply that we can sense these six moral flavors intuitively way before we shape logical moral arguments. This is basic to how we humans form highly complex social bodies far beyond the simple ties of blood and clan. And this is also how we can map the pattern of traumatizing bruises which mark our body politic today. And this is how we can see the need for urgent humility by which those of us in positions of influence in our complex human body can create a new pattern of deep listening and dialogue about the things that matter most. Haidt begins and ends his remarkable book by quoting Rodney King’s immortal question, “can’t we all get along?” Less quoted, but not overlooked by Haidt, was King’s follow-up counsel: “we’re all stuck here for a while, so let’s try to work it out.”

Some think our only common language is money—what things cost and who should pay. I’ve even watched churches collapse under the heavy and highly visible hand of economics squeezes the air out of otherwise adult discussion: “be realistic and act like a business.” Health organizations often succumb to this even though our daily life is filled with evidence that when life hangs in the balance, money often matters the least. What we actually have in common is not money, but the human journey of health, frailty, dependence, pain and the fear of pain, loss and the fear of loss. What we actually know is how our life is shaped by those we share it with, those who care despite all boundaries of blood and coin. This is why I think those of us in the health fields–including the massive number of community and faith partners—are in such a profoundly key role in this moment when our body politic suffers so deeply. We can understand each other because we are all on the same short and fraught journey. 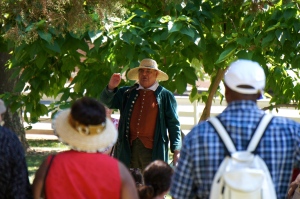 The first celebration of July 4th was held in Old Salem while George Washington was passing through. It’s reenacted every year as a service of prayer for peace.

One thing health people know is that words are not enough. Words are not even the beginning and they are hardly important at all at the end. We may need Haidt’s counsel to talk among ourselves and then again when we have the chance to explain ourselves in public. But most of the time our eloquence is quiet. We keep our doors open to anyone all day and night. Despite the fabulously expensive technology and astonishingly prolonged training of thousands of staff, every non-profit and faith health system gives away tens of millions of dollars of care every year on purpose. We are required to do so as part of public trust, but most everyone of us goes well beyond the minimum bar. This passive waiting in readiness kind of witness is part of the glue that holds society together, that defines us as a moral people at all. It is good, indeed very good. And it is not enough for this broken moment. For we know we can be proactive with our mercy; we need not wait, we know better.

The Stakeholder Health book, “Insights from the New Systems of Health,” looks like a kind of textbook based on our collaborative learning; and it is. I expect dozens of courses to use it in the next few years (TC and I will be teaching one ourselves at Wake). But more than a textbook, it is a collaborative witness that is map for healing out social body. Its 44 authors wrote about the social drivers that shape the health of people and neighborhoods. They wrote of population health as the common ground for those professing public health and those running healthcare organizations and hospitals. The book did not quite say the obvious and most profound thing. The social body itself is bruised, but resilient. The social body itself is defined by biological, psychological, social and spirit aspects, inseparable as the facets of an emerald. The social body itself cries out for the practical, on-the-streets intelligent love found in the daily walk of community health workers. The social body itself thrives when generosity is humble and smart.

This is already happening all over the nation and world everywhere I look. The wild organic sprawling testimony of 100 Million lives is hitting on all six of Haidt’s cylinders. There was not a syllable in the Stakeholder book that you could not go and see on Monday morning. We were describing, not imagining.

Even in fractured North Carolina the heart of the body politic is beating even as the political bruising continues. Every single day I see a truly astonishing level of serious collaboration quietly crossing over all the supposedly impossibly treacherous chasms. Competing hospitals share data and teach each other about how to come alongside the poor. Black, white, liberal and conservative Baptists are working together on the meanest streets–some paved, some not. Republican sheriffs and way liberal Hispanic activists are quietly helping each other keep faith with all six of Haidt’s moral intuitions. With just a little bit of humility and decency very different kinds of people find a way when the work is about real people. That’s the NC Way.

Haidt would ask us to describe our work and witness not just in the liberal flavors of care and fairness (as we usually do). We could—and thus should—embrace a more robust and compelling witness that resonates with the broader values that honor the sense of loyalty so typical of healthcare teams, the sense of respect for authority of many kinds that govern the practice of medicine and public health.

And we should claim in humility our deepest intuition that our work is sacred because we humble ourselves before the ultimate human mystery of life and death and the life of the common body that goes on beyond us all. 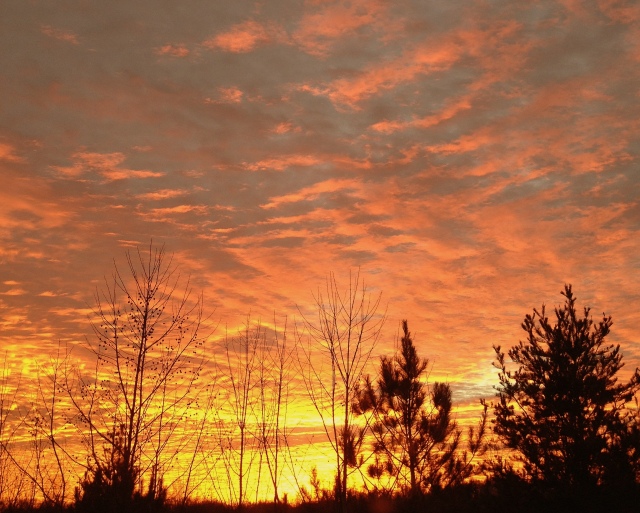 Dawn over Winston-Salem. It happens every day, if not always this pretty.