Venom and the balm 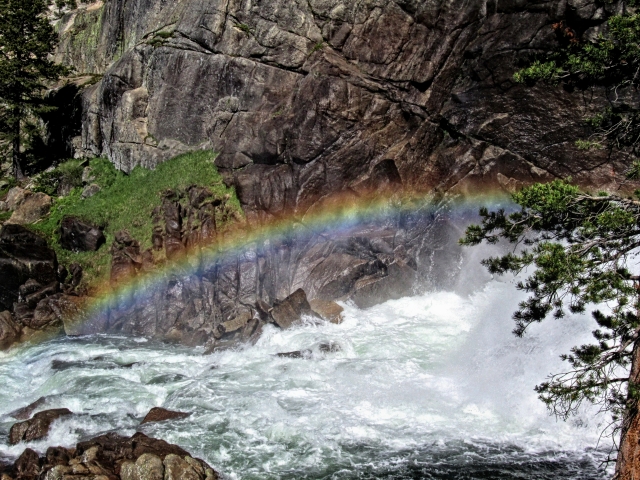 Venom will find a snake to strike. Beware the venom. But do not feed it with your fear.

These are deeply sad days to be an American. And deeply sad days to be a person claiming one of the great faith traditions which are proving to be pools of venom despite the vast and constant instruction of Gospels, Koran and Torah to protect the stranger, love mercy, do justice and walk humbly before God. The other virtues have a chance without that last one, walking humbly before God. So let’s start there.

I try to follow Jesus, but hardly break a sweat most days, usually rolling out the Bible to gift wrap something I want to do anyway. Or I use it to sharpen the edge of my complaint against someone who annoys me, anyway. This makes me pretty pretty normal, at least within the Jesus tribe. I’ll focus on my own people here not in pride, but lament, for the easy way we tame and hobble Jesus’ way over against violence, greed, satisfaction and ethnic confidence. We should take down every cross in every church in America until we have earned them again by doing something Jesus would recognize as turning around, metanoia. Until then we should simply shut up about the failings of any other faith.

Bristlecone Pine live longer than any tree in conditions hard to believe. This one surely would have predated democracy. And probably outlast it, too, if we don’t get our act together.

Our globe has shrunken to the size of a very small pea. There are no strangers, no foreigners, nobody from a place nobody has ever heard of before. Forget the vast human tossed salad of LA and New York. There are dozens of languages spoken in the schools of Winston-Salem every day—and it is not easy for anyone to even find Winston-Salem. We don’t even have an airport! The secondary urban nodes like Atlanta, Dallas and Minneapolis have entire neighborhoods of people from every kind of culture and sub-nation on the globe. We may not know each other, but we are not strangers to each other. If only we’d open our eyes, say hi and ask about the kids.

We don’t have forever to figure out how to live on our shrinking marble. The glaciers really are melting, the seasons going all wobbly. I have two grandsons who will quite likely live long enough to ask what in the ever-loving hell I was doing back when humanity had a chance to turn toward healing of their burning planet. They will know I loved them in the simple dumb way grandfathers everywhere do. But they will also know I squandered the years in which love demanded walking humbly before the Creator of such a finely tuned, wondrously made planet with such an intriguing array of different kinds of people. What was I doing more important than protecting their future?

Two weeks ago today I was on my way down from McCabe Lake in the high Sierra following the Pacific Crest Trail through deep forest and open meadow. The Tuolumne River was in full of the ice melt from the snows we had seen high on the ridge. The evening before Kevin Barnett and I watched the last of the sun creep up the rocky caverns of Sheep Peak when we noticed a single eagle circling the lake as if to bid us eventide before heading over to his kids across the way. The cliffs looked sculpted and they were over millions of cycles around out small sun. “Magical,” we said. And then caught ourselves. This is no magic. Reality is far better. And tougher, smarter, resilient, adaptive, too.

Surely we humans can be at least as smart as a stack of rocks or feathered friend. We can do that. But we have to focus and work at it. Many in our midst are flush with rabid fear, which we dare not ignore or worse, echo. Now is the time to show up with the intelligence rooted in mercy, justice and humility.

One of the McCabe Lakes in Yosemite, still mostly frozen in late June. Getting to this spot was not imaginary, but about 55,000 steps, many of them up.

Those are not abstractions, but rather design specifications for the bridge we must build across the yawning chasm of fear and violence. We can build across divisions with diligence and artful labor. North Carolina has added no small flood of venom to the national pool in recent months. We don’t have to travel to Orlando, Dallas, Louisiana or Minnesota (or wherever else will burst into flame before you read this) to find work to do. Here in the big hospital started by Baptists nearly 100 years ago we have every kind of person and persuasion you can think of, especially if you count the patients coming from all 100 counties in the state and doctors from nearly as many nations. We have 1,811 clergy who visit our patients (we know because we give them free parking) and they range theologically from here to way out there. They probably have 3,622 opinions about everything it is possible to disagree on. But we are all on a walk through the valley of the shadow and will certainly need another along the way. In America today that other will almost always be someone not quite like us, perhaps very, very unlike us—or at least we think by appearance. My doctor probably thinks about God differently than me, perhaps thinks of family differently, too, maybe has lived on the other side of a racial fence I hardly know exists.

So in our little domain we work consciously every single day to knit together threads of empathy and weave them into patterns of forgiveness, compassion and even kindness. That is not far from mercy, justice and humility. We do so with any and all who for their own reasons, logic and language do so, too. In our funny little town “we” includes a long serving Republican Sheriff who is former FBI– William T. Schatzman–and another elected Republican State Legislator–Donny Lambeth–who used to be CEO of our hospital. For many months a highly diverse group of people from the police, to the city DA office, to senior leaders at our competing hospital (Novant) to faith and civic leaders all across the spectrum has worked to create a very basic step for those living here who are undocumented. Nearly all of those living without documents are working, but in the shadow economy, paying taxes—usually, even social security—but with no legal status at all. They are the “strangers” the tribal venom would have us fear. And they are the strangers every single faith tradition says to protect and show kindness.

You don’t show meaningful mercy at a microphone, but in committees in which new policies and practices are hammered out. In this case, the simple idea is to give an identity document with a picture on it that establishes their identity. But somebody—a committee, actually–has to figure out how to print the picture ID with what camera. Another committee has to recruit and train the lawyers and other technical volunteers to vet the supporting documents so that the police and hospital will have confidence enough to accept them. Somebody has to find a room big enough to host the ID drive and make sure the plumbing works. Another whole raft of committees has to go to work inside the hospital so that when someone shows up at the ER, the admissions people will know what to do with the ID (we were, we think, the first hospital anywhere to figure this basic step out). Building bridges is more like plumbing than singing “we shall overcome” (although singing helps the plumbers remember the point of it all). When the horrors of Dallas woke us up this week, the committee members instinctively reached toward the members on the committee in uniform to express sorrow for their loss, too.

That’s happening with just the Hispanic strangers. We have other historic strangers, even among the people called Baptists. You may have noticed we have Black ones and White ones who have had very different experiences of being Christian in two very different Americas. In recent years the mostly white Baptists have elected an actual Black man as their President, Rev. Fred Luter. But religion is designed to change slowly and nothing moves slower than race and class. But quietly, again through about a billion hours of committee meetings, black, white and brown Baptists are finding a new grip on the tools of mercy and justice. And not just in the big cities where we tend to do this kind of thing recreationally, but in Ahoskie, Lumberton and Lexington where there is no time for anything but real work that will help real people. Most Baptists of every color are poor and quiet, not rich and loud as the TV would suggest. Our experience of finding our way among the shards of broken systems has usually been separate. But now we are blending our intelligence, sharing our learning, jointly building new systems that are finding the pathways for the poor and isolated to get practical help. The goal of what we call FaithHealthNC is not cosmic, but so practical we print it on coffee cups: right door, right time, ready to be treated and not alone. That is what mercy is. The patterns and policies that make it possible are justice. And it only happens when we drop our tribal pride and walk humbly with each other.

As we try to walk out of the dark shadow of the past weeks, do not flail about for big answers. Think small and mundane. My father, a methodist with a soft racist edge all his life said that you could tell what a man believes by what committees they show up at. I think he was wrong about pretty much everything politically (thank god he didn’t have the chance to vote for donald); but he was right about that. Go find a committee that needs you to figure out something real that would be part of a bridge for somebody to cross over.

Love mercy. And join a committee to do justice. And walk humbly, as is appropriate for all of us frail and frayed humans.

Sheep Peak, a no-big-deal mountain among many better known ones. Only 11,842 feet above a few lakes nobody much knows either. Just one measly eagle family and a timid bear. Just one hardly noticed part of a world more wondrously made than we can grasp.

3 Responses to Venom and the balm