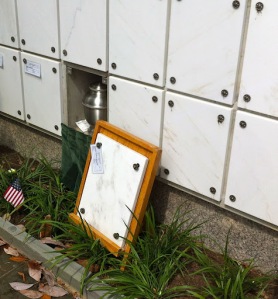 My uncle Spence, war hero and my sister’s husband, is buried here in Arlington.

I think of the many military heroes in my family line on this sober day. Spence, my sister’s husband, who left his national champion football team at the University of Tennessee to volunteer in Korea, now buried in Arlington. My mother’s brother Lou, who helped lead the landing in Normandy. My dad, who would also have gone to World War Two, but was vital to the railroads. My brother, Ron, who worked as an army dentist for two decades. My nephew Ralph who served as a Marine and with the same honor, as father of the bride Saturday for Melanie’s wedding. Lauren’s grandfather KD (on Karen’s side) was so quiet it took her miner’s tenacity to find the vein of history that linked this family to every war fought in the US, the colony and back to Scotland. TC’s dad who survived the sinking of the USS Indianapolis listening to his comrades lost to sharks.

So many wars; so much human spirit poured out.

It is hard to believe that the actual toll of war is radically diminishing. Dr. Christoph Benn noted, in his landmark address at the Lake Junaluska conference on Faith, Peace and Health, that on the ancient killing fields of Europe cross-country violence has now become almost unthinkable. “Even if we look at the broader picture beyond Western democracies, we see a dramatic decline in interstate wars and even in civil wars.” Benn quotes Harvard psychologist Steven Pinker who presented these arguments in his book The Better Angels of our Nature – The Decline of Violence in History and its Causes[i]. Even more impressive declines over centuries comparing early non-state societies with specific regions and countries that until recently were heavily involved in interstate wars:

We gorge with relentless appetite on the 24-hour news cycle so we are instantly and constantly aware of places around the world teetering on the edge of local violence: Ukraine or Southern Sudan and wherever the bandits have taken those couple hundred little girls across the Nigerian border. It is hard to resist cynicism as building tanks and planes and drones and navy ships and high tech military garb is fabulously profitable. Titillating our fears keeps the economy rolling at the same times it keeps the eyes attached to the monitors selling consumer junk. What a gross mismatch between what we spend our time and money on versus what we should both fear and hope.  Our fears are  sold to us like video games to distract us from the real work we could do.

What if we found a way to capture even a small fraction of military valor and creativity to the purposes of life? 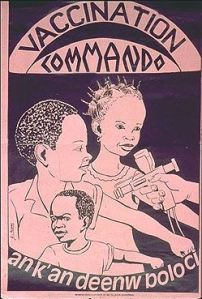 1984 Thomas Sankara declared a total national mobilization …to immunize all the children against measles.

Is it appropriate to use military language to talk about health, to talk about life? I was in Burkina Faso in thirty years ago this Spring in the midst of a blinding red Harmattan wind that made breathing difficult, the sun a dusty globe even at noon. But the people everywhere, from the President Sankara to the taxi driver to the public health physicians rippled with pride as they told of their successful “commando vaccination.” President Sankara declared a full national mobilization as if in war to do all necessary to immunize every child . He was mocked, of course. But in 15 days every child was immunized (some several times due to overlapping strategies) and thousands from neighboring countries crossing borders drawn by the life-giving vaccine. You can look it up (http://www.popline.org/node/421137)

I think of Burkina Faso on this Memorial Day as I try to describe what is happening as the hopeful virus of the Memphis Model that has been adapting to North Carolina comes to ground in our odd little city of Winston-Salem. Life is being waged. I know that speaking of public health as war is almost as silly as basketball players talking that way. But we are seeing that life can be waged with the intentionality, passion and planning as we find in military. And the stakes of success and failure are absolutely life and death.

The wicked violence of race and class so obvious in Memphis is veiled here in Winston Salem, covered over with decades of a weirdly sticky web of complicity and corporate control. This won’t be changed with slow incremental planful stepwise efforts. Sometimes you have get off the boat and hit the beach. 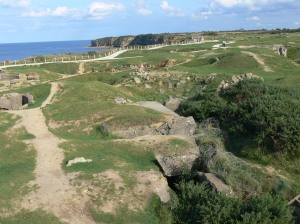 70 years later the bluffs over the Normandy Beaches speak of that violent day. My uncle Lou probably stood here.

If this were World War Two, Winston-Salem would be our Normandy and June 1st would be DDay. The goal of DDay was not the French beach, but Berlin and the end of the mission. Neither is Winston-Salem the point; but without success here, we will not  achieve the mission of the Medical Center across our 19 county service area or achieve the 1920 vision of the Baptist Convention of healing the whole state. 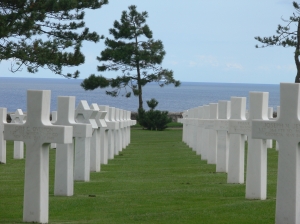 Thousands died here, many as they tried to come to the aid of their wounded.

Part of military valor that translates over to health is its basic ethic; “don’t leave any wounded behind.” This is a much tougher goal that it sounds, for there are many wounded, some suffering from wounds inflicted over time through the slow violence of grinding poverty. Others don’t even look wounded, they are just old but surprised by the vulnerability of age in a time when family can be scattered across time zones and even friends don’t know the gaps in insurance coverage.

War has always been the foundry of urgent innovation aviation (from balloons to jets to missiles to drones). So, too, with medicine: today with prosthetics and Tony Atala’s astonishments growing new skin.  And it has created radical new social innovations, too, from the Red Cross to the surprises of racial blending that made the Civil Rights marches inevitable. 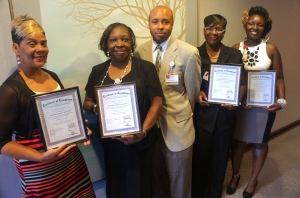 In the struggle to wage life, we’ve also found innovation, most distinctively in the partnership with FaithHealth Division, the environmental workers in the hospital and the “care transitions” clinical team. This was an idea that took five minutes to occur during a committee meeting and 10 months of heavy institutional lifting to make real. Annika Archie began last month as the first of two full time and two part time women transferring over from housekeeping to being “supports of health”—a model of community health worker empowered for early identification of vulnerable patients likely to experience trouble after hospitalization. We will quickly add another 6 or 10 part time workers focused on vulnerable places, not just faces, guided by both hospital data and the ground intelligence of the women about the tough neighborhoods they know. Way better than boots on the ground; they are brains on the ground.

On the morning of the landing on DDay, thousands had to get out of the landing craft and head to the beach. Strategy evaporated blood and fire, incomprehensible to any of us watching from afar and decades away. No such sacrifice is asked of us. Perhaps the only way to honor those who gave their lives waging war is to give ours waging life. The work of waging life in our little town requires far less complexity and raw valor but we also have to choose this day whether to lend our lives for life or death stakes. 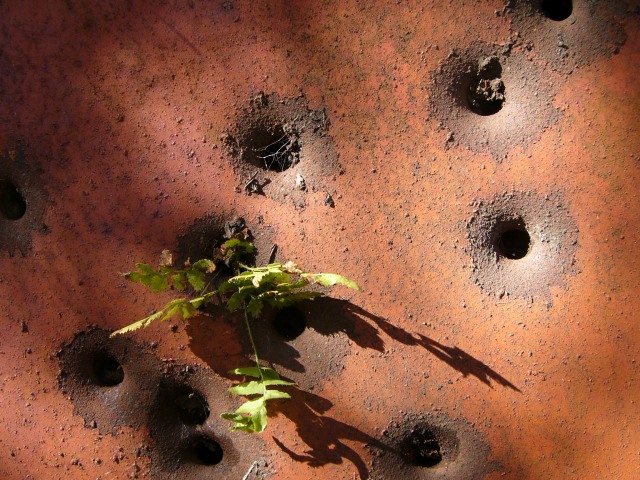 Life finds its way through the bullet holes in an old refrigerator in North Georgia.