Look at all the stars

Posted on December 21, 2011 by garygunderson 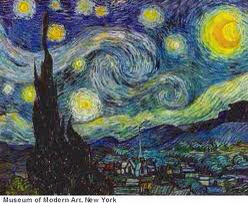 Last week I was in Philadephia speaking to a conference sponsored by city’s department of behavioral health and intellectual disabilities which has developed an interfaith collaboration across all sorts of lines which are supposed to be impossible to cross. A number of those involved in the conference would be thought of as
“consumers” in other places, a term that implies several steps down from “citizen” or “human.” But in this city of brotherly and sisterly affection, the generative swirl sweeps up and transforms everyone.
I wore my Van Gogh tie for the occassion, commenting that he would have been at the conference himself, if he had lived in Philadephia in 2011. The tie include a pretty significant piece of his painting “starry night” which is on the bright and garrish side for a side. But those stars to pop out to be visible even from the back row. The outrageous size and almost pulsating energy of Van Gogh’s stars was part of what got him classified as deranged back then. But the fact is that Van Gogh’s stars look WAY more like what we now understand stars to be like today. Anyone who thinks that stars are teeny weeny little bitty dots of pale light is danerously detatched from reality. They are all–including our little sun– impossibly vast, distant, wild pools of energy throwing light and energy beyond our capacity to measure all across the universe. 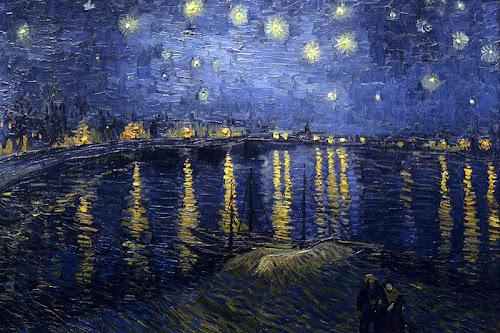 The universe itself is sort of like that, too. Stable, contained, predictable and cold are qualities only appropriate for minds and spirits untuned to the reality of the jumping universe. Anyone who has really paid attention to a neighborhood, much less a city, much less a region, or country knows that is true, too. But little minds like to think of all those things as stable, contained, predictable and cold, too. They are, well, crazy. How much they miss of what is possible! 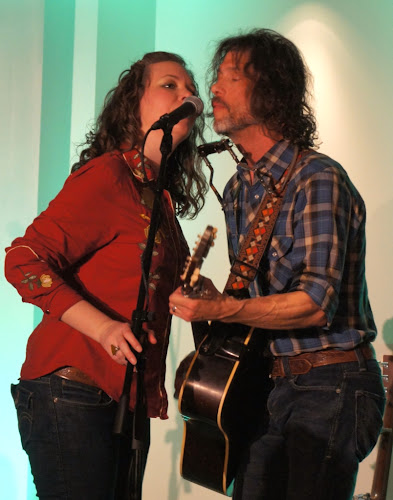 Bill Mallonee and Muriah Rose (above ) opened our Innovation Studio last Winter with brilliant lyrics and deeply felt voice. They just released a set of songs for the season called Wonderland ( http://billmalloneemusic.bandcamp.com/album/wonderland&nbsp;). This is from their WPA series which are more like a live performance than polished studio work. There is a painfully smart song “the king will see you now.” This the only christmas song I’ve ever heard from Herod’s cynical point of view, which helps retrieves the holiday from religious smaltz. But the song you need to get you through the next couple weeks is, “look at all the stars,” which Bill wrote thinking of his dad, (but I think of Van Gogh).