What the home team knows

Posted on April 3, 2015 by garygunderson

Nurturing the health of the people of a state is more like gardening then running a computer. Duh.

If you swing a bag of boiled peanuts near Raleigh these days you are likely to hit a lobbyist from an out-of-state managed care organization. If you have an American flag in your lapel, they will think you are a legislator and tell you why they should manage the $13 billion of Medicaid for poor people with their magical software . This is happening in every single state where Medicaid is in play, whether that state is considering expanding it or, as in NC, trying to figure out how to “fix it” so then they can expand it.

The legislators would rather spend some of those billions on roads, schools or something they can name after themselves. Only one of the 178 legislators has any experience in healthcare themselves and don’t entirely trust their own large healthcare providers much more than they do those from New York. (The best hospitals were founded with tobacco money, so there’s not a lot of moral high ground among us.) So they are receptive to the cost-saving promise. Why not let the financial geniuses from out of state run things?

Dr. John Hatch, Jeremy Moseley and Teresa Cutts talk about how to get 21st century science into people’s lives.

The only way to save money in healthcare is to manage the slow-developing conditions –usually linked to smoking, bad food, depression and anxiety—at the lowest cost point of care. And do that year after year. Every hospital and doctors office in America today is hoping that the criminally expensive electronics wwe’ve invested in will help. In practice this means digesting large amounts of data about patients to tell the doctor which patient needs what kind of early intervention or pill and what kind of test might be helpful to diagnose the next most important condition. Doctors know that kind of thing anyway without any machines at all.

What the doctor (and surely the computer) does not know is how to get their patient to get themselves within range of at least the drug store clinic in order for nifty 21st century medicine to work. Health care refers to this challenge as “patient activation”— the person needs to be active in their own life. Poor people live with everyone them telling them how to do everything better, so they are not excited about adding computers to their list of advisors, especially those owned by wealthy strangers trying to make money off their poverty.

Rev. Sam Hickerson is the pastor of New Light Missionary Baptist Church who grew up in the neighborhoods he now serves as pastor and FaithHealth Liaison. His father was a bootlegger and he was a milkman before the ministry. He has worked for Baptist Hospital for more than 30 years. He knows a lot.

Activating patients one at a time is daunting when you are spending billions on millions. That’s why you have to activate neighborhoods—the streets, churches, small stores and soccer clubs where people live. Neighborhoods are the patient and like any patient, crucial to turn into a partner. All Southern streets may look alike to a northerner, but every one has its own pattern of health conditions (young Hispanics with work injuries; retired tobacco workers, cancer). And they have their own pattern of assets to activate. There is a lot to know.

To give you an idea of what is possible look to Winston-Salem where five kinds of doctors and two kinds of healers are weaving a fabric of less costly care: 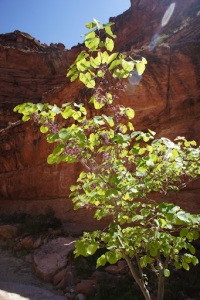 None of this works without a ground game activated by two other kinds of knowing:

Archie and Hickerson are the sharp edge of the lancet that can open the ancient wound and let the science in to do some good. You can calculate the community scale affect already in the pattern of charity care. As this new pattern in East Winston has emerged in the past two years charity care has decreased by 6% while going up in all the other zip codes in the surrounding counties. Laurienti would say this is positive story is as complex as a recovering brain. It is also simple: nearly $900,000 in reduced costs buys a very large bag of boiled peanuts.

2 Responses to What the home team knows