Posted on December 25, 2018 by garygunderson 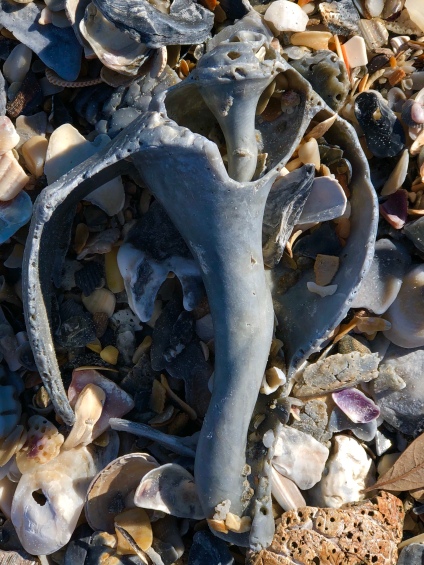 I’m a follower of Jesus, as best one can two millennia on.  Most days, it’s not very impressive as far as discipleship goes. But holidays such as Christmas are like speed-bumps that slow me down to notice what matters most and Who I’m following. The birth is a strange one, of course. It was centuries before the church managed to convert an emperor and get an official national imperial holiday declared. They scrambled, and for reasons historians are still sorting out, decided that December 25th was Jesus’ birthday. None of the gospels cared, although they literally nail his death to the calendar. Walmart and Amazon, stretching the buying season, have effectively moved the birth to Halloween. They didn’t notice the real Christian holiday the next day, when we reflect on the saints and loved ones dead, but still powerful in our lives).  A commercial buzz-kill as prophets tend to be.

The one thing we know of Jesus birth is that it scared the hell out of Herrod, who shut the government down to kill the boy-child when the wise (but politically naïve) men from the East told him about Jesus. From then until they rolled the stone over his tomb, Jesus made those whose life depended on blending state violence and complicit religion very nervous. Who fears a baby in a garage or a wandering preacher with one coat and no donkey? Turns out the God of Jesus provoked fear among those who know they’re killing children with poverty, stealing the fruits of the abundant creation for themselves.

More than three hundred thousand babies will take their first breath on this day that we celebrate Jesus’ birth. A very large fraction of them will be just as poor as he was. What does his birth have to do with theirs? Who should be afraid and who not?

Every birth—especially Jesus’—is a sign that God hasn’t given up, is always beginning and then starting over again with a new lifespan of possibilities. These are hard times for optimists and those arguing humans can save ourselves with rationality. The pessimists have all the footnotes from governmental and global bodies. Mary had no footnotes, except God’s promise. So it is not less preposterous for Jesus to say that God will not be denied in his love for the whole people. This or that temporary big man can steal, but not keep. As the prophets hoped and Jesus embodied: “A child will be born.” And all the creative possibilities open up. All castles are of sand. No wonder Mary wept in wonder. No wonder Herod slaughtered.

We only save what and who we love. And we can only be saved by who we love. This is why any time any angels have a chance, they say, “do not be afraid.” Angels are not stupid; they watch CNN and know we have good reasons to be afraid. But they also know we need more than fear. We need love which gives us hope which gives us power to move, do, choose and act. Fear paralyzes. Love releases the imagination so we can see the possibilities. Nothing like a birth to break us open.

Tova Coffeehouse “furthering holistic poverty solutions in Lubbock.”  And the coffee is good! We gathered with leaders working with the local Providence Health System affilliate to talk about exactly that.

A month ago TC, Jim and I walked onto the beach near Wilmington after driving 3,400 miles talking with people giving themselves to the work of life and hope. Few would described themselves in big words. They were just doing the next right thing right where they lived with people they knew. Our visit was like a thread connecting beads into a necklace worthy of a young god who loves love, justice and mercy.

Only a month before our road trip a hurricane unlike any other had stalled out over Wilmington dropped feet—not inches–of rain. We listened to the tearful witness of the chaplains of New Hanover hospital as they spoke of their time in the storm dealing with trauma too big to think about. This was not an act of god, but rather nature weirded out by human foolishness.

We only save what and who we love. And we can only be saved by who we love. This is why any time any angels have a chance, they say, “do not be afraid.” Angels are not stupid; they watch CNN and know we have good reasons to be afraid. They know we need something far more powerful than fear—we need love which gives us hope which gives us power to move, do, choose and act. Fear paralyzes and narrows, love releases the imagination so we can see the possibilities. Nothing like a birth to break us open.

We had started our drive amid the smoke of California fires rightly called wild. Only months before I was on the Arctic shore standing on melting ground that had been frozen for two glacial periods.  As in Wilmington, the wind off the ocean behaved without precedent. I could literally see the planet melting. Weird.

When I think of children these days, I think of two grandsons, Charlie and Asa, who will live into a wild and weird century. And I listen to the call of young Jesus to change, to turn from foolish ways, to live in a way that gives the world a chance. If you love, change.

I stood on the Wilmington beach, picked up a broken conch and decided that I would become a vegetarian. What I wanted to do was buy an electric car. As he tends to do, Jerry Winslow, poked a hole in my holiness by noting that I could have the same environmental impact for free by simply giving up meat. So for the last month, that’s what I’ve done. I have learned that almost everything we can do that would help the planet is, like going meatless, better and cheaper for us individually. Like Jesus’ call, it is not a sacrifice, but a turn toward life. This turns out to be abundant and good.

TC gave me a book by Paul Hawken called Drawdown, “the most comprehensive plan ever proposed to reverse global warming.” It’s actually one page after another of, “well, duh!” Why aren’t we doing this already? Solar, wind, geothermal, biomass, quit wasting stuff, up-cycle, and yes, go electric and quit with the meat. To that last point, it turns out that the big problem with cows and pigs is that they fart so much they will kill us with methane even before we die from the crap in our arteries. I do not digress here, for it underlines the point common to all the components of the plan: it is all for the good. But just have to turn around. Humans are built to do change our minds when we love someone enough to do so.

On Christmas Eve, as we have for many years, we held a service in Davis Memorial Chapel in the hospital. Martha Basset and her band sang, this year with the Dan River Girls. No sermon; just straight up scripture and songs that cut like surgical steel through disbelief. Simple: Don’t be afraid. A child is born.

Later I watched the service out of Rome which also has a nice chapel not to mention many white people in funny hats. In spite of the goofy guildedness, the same revolutionary message  rippled through the air. Multiple languages spoke to the heart with the Pope bringing the most ancient Good News.

God has not given up, not on any one child, not on the mean and melting planet, not on us. Not even on us.

I walked off the Wilmington beach and had a vegetarian enchilada. I was going to make a big righteous deal out of it, but it was pretty good. I haven’t missed the meat since.

1 Response to Not done