Posted on January 7, 2018 by garygunderson 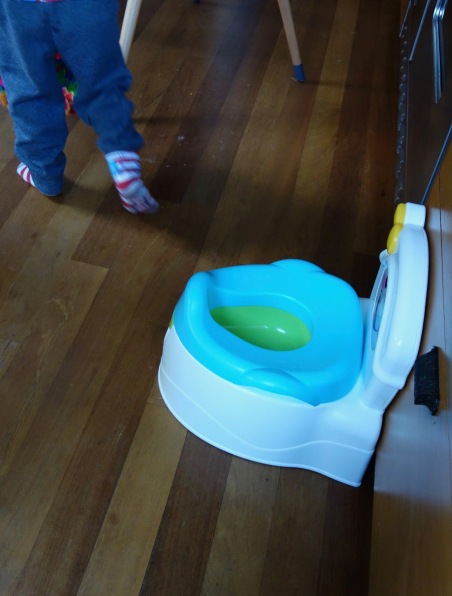 It happens. We humans and our systems are what moves through us, defined mostly by how we handle the process, especially how the movement affects those around us. We eat, so we poop; we drink, so we pee. But at some point, not on the floor. My first grandson is learning all about this so he can begin attending preschool. Charlie is very smart with help from parents who he knows love him. It’s his passage to navigate so he’ll figure it out, go to school and then navigate the trillion other passages every human does for better or worse. He’ll help someone else potty train someday.

I was observing all this at the same time i noticed my elected officials learn about their errors in impulse control. A lot has moved through our collective body in recent months, much of it onto the floor. It reminds me less of Charlie’s honorable efforts and more like watching gorillas in the Atlanta zoo throwing excrement at each other to pass the time. That was disgusting, so dragged my young children away from the spectacle. But there was glass to keep the flying crap among the gorillas. We have no glass between us and these guys. So here we are, barely into the second week of the new year with crap all over you, me, our institutions, laws, internet, churches and kids.

We have age limits for elected offices so the most basic behaviors might sink in before someone’s unseated urges can splatter. We don’t count on that, so we also have laws. But laws don’t work very well, except for the most extreme cases (collusion, treason, bribery and sexual abuse of 14-year olds). Even then, laws are difficult, expensive and adversarial, so they can get in the way of groups designed to disagree but find a common course of action. In a sense, politics is more like our bowels than brain, processing all the mess and wonder of human community. We want them unafraid to talk frankly, though hopefully in private, about at all we need talked about at in our complex human systems and then do the best they can. Not everything legal is smart enough; not everything dumb, illegal. We live in the grey, or to follow the metaphor where you know it’s going, the brown.

It is amazing how little of human behavior is hard wired, automatically adapted to the circumstances. We have to learn almost everything and usually the hard way, by experience. Emilie, the cat who lives with Charlie and Asa, does not need potty training. She she realized the litter box was the plastic substitute for her instinctual place to safely hide her waste, it went quickly and involved no drama. Humans have a lot more kinds of a lot more dangerous kinds of crap. We leave plastic that will last for hundreds of year collecting in the oceans so thickly you can nearly walk the waves. Far more dangerously, we crap all sorts of things in the sky. And we crap in the water we need to drink. We are not hard wired to not do such suicidally stupid things. We act as if anything really dangerous is impossible; but it turns out that we can actually make Florida disappear.

Humans depend almost entirely on collective discernment to find our way. We talk. For most of our short history, we did this with almost no words, rather like the gorillas or elephants, moving across the Savannah. We found our way out of Africa all the way to Patagonia without Congress. Might not have made it, if they had one. But they had to talk, for the consequences of bad decisions were ultimate for the group. Bad decisions now risk making all human life ultimately impossible. The cockroaches might make it; but not Charlie, Asa or their kids.

The very young have diapers so they don’t have to think very hard about consequences. Politicians think of lawyers that way; protective concealment after the impulsive deed. But in human systems there are no diapers, no concealment, only consequences.

So we have norms to guide us in managing what flows through. We use words. These are augmented by deeply rooted intuition about whether the other humans can be trusted to use their words in ways that are roughly fair and not deceptive cover for blunt power. We count even on those who are different and may even compete with us to use facts and line them up with logic. Then, together, we can go beyond whatever feels good in the moment and letting the crap fall wherever gravity takes it afterward. It’s not as precise as the law implies, but any three-year old learns this, or they can’t survive in pre-school. Almost any mammal our size is stronger and meaner. But we can talk.

Dr. Steve De Gruchy died way too young just short of seven years ago next month in one of his beloved South African rivers. He was a spirit at heart of the lively stream of thought about “religious health assets.” He would have been the star of the National Academies of Science workshop on that subject by the March 22nd. He called us to remember our mother tongue of public good and social justice. He spoke like a mother sometimes; he was the first scholar to use the word “shit” in an academic forum, appropriately reflecting on how to do theology in a time of cholera, the time in which we still live. His still-stunning paper is still ahead of us  and appropriate to our time of public potty training (here). Steve had some unprocessed crap in his own life, of course. He was, like all of us , wiser about others’ than his own. But, oh, how clearly he saw us. “There is only one stream of water. What passes through the bodies of humans passes through the bodies of animals, insects and plants, h flushes through our sanitation systems, flows through the rivers, seeps through wetlands, rises to the heavens to become clouds, and returns to nourish us and all living things. There is no life outside this cycle, and theology has to get real about it. Talking spirit without talking water is meaningless. It is the theological equivalent of the miasmic theory of disease.”

And there is only one public, the one in which we must find our way.

I’ve learned from Charlie that when the movement is trying to happen, deliberative thinking is not as helpful as you’d think. Clarity about consequences—what is going to happen…..next….matters more. Aim over here!

I’ve noticed that you only learn from those you trust; and even then it can be hard to hear. My grandson told my daughter, “mommy, you are not my hero!” But peristalsis– and elections or pitchforks–will out. Nothing stays in.  Everything comes out.

This seems to be the hardest thing for those not doing the pooping to understand, for we come to share in the anxiety, which is mostly about our embarrassment. This is certainly true in 2018 among Americans of voting age. Of course, the man is an embarrassment, of course he is moving through the system toward an indecorous end. Human systems—even those with lots of marble, helicopters and brass—are just ways of getting things in….and out.

Pretty much the only thing the “helpers” can do in the process is point toward the pot at the critical moment. And we must not forget to praise the one doing the pooping when they eventually do the right thing. I’m thinking of Congress here, which is missing more than hitting the pot these days. But should they accidentally do the right thing in coming days, make sure they get some positive feedback.

We’ll have years, probably decades cleaning our current crap up. But the most helpful thing to do is to lower the shaming, deflate the anxiety, assure the ones shouting loudest they are still part of the tribe. We need some grown-ups, not geniuses.

So many other things to do with our time once we master the arts of the potty.

Don’t forget that all of us were—and will again, should we live long enough—be the poopee. We’ve all strongly held irrationally wrong ideas at some point and lent our energy to movements later proven toxic. We’ve been timidly quiet when we should have spoken. We learn humility in same messy way we learn everything else. Humility is be the most dearly won lesson of all, paid by the pain of others who we hurt with our crap.

So skip the victory dance and help clean up.